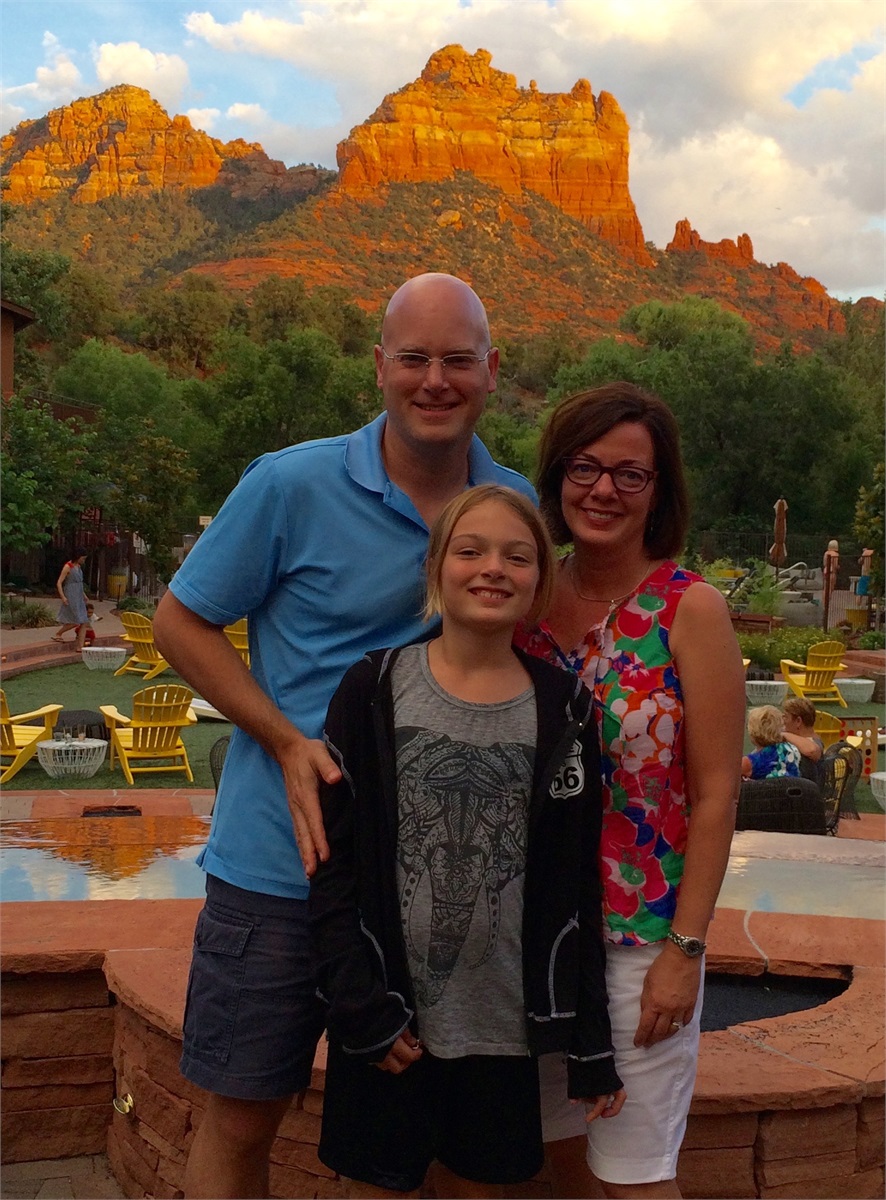 Injecting AWESOME experiences into your life: The Leonsis Top 101

For years I drove 110 North past the Arlington National Cemetery as part of my daily commute to work, but this October day was different. Instead of driving, I was running and it was mile number 26 of the 2009 Marine Corps Marathon. I was about to make the left turn to head up the North Marshall Drive hill for the final 0.2 of the race.

As I made my way up North Marshall Drive, I could see the big orange arch that marks the finish line. Once the hill leveled off a little bit, I made the right hand turn onto the road that leads to the Iwo Jima memorial – and to the finish. My legs took over and I ran as fast as my glycogen deprived legs would take me until I crossed the finish line.

I was overcome by emotion by what happened next.

Standing in-front of me was a row of United States Marines. These fine soldiers were there to hang medals around the necks of the finishers. A huge wave of emotion ran through me and I barely held it together and managed to croak out a thank you to the soldier as he hung the medal around my neck. That medal now sits on my home desk to remind me of the day.

My first marathon is done! Another goal from my Top 101 to mark completed.

I was never a distance runner. My preferred distance in high school was anything less than 200 meters. Before I had set my goal to run a marathon, the furthest I had run at any one time was 3 miles.

My journey to the finish line of the 2009 Marine Corps Marathon started four-years earlier as a follow-up exercise to a speech delivered by Ted Leonsis at a DC Chamber of Commerce Leadership Series event.

The speech that Mr. Leonsis delivered was titled “The Science of Happiness”.  He opened by sharing the story of a major turning point in his life. He had just sold his first company for millions of dollars and was on flight for business travel. Suddenly, the pilot came on and informed the passengers that there was mechanical trouble with the aircraft and all passengers were to ‘Assume the crash position’.

The full story can be accessed here.  Thankfully, the plane made a safe landing.

From that experience, Mr. Leonsis resolved to live life on offense and created his list as a way to keep score and stay focused. The result of this life event was the Leonsis 101 List.

My biggest takeaway from Mr. Leonsis’ talk was comparing the goals he had set for himself versus the goals that I had set for myself. Many of his goals were focused on being the best or top tier in different aspects of business and in life. My goals were mostly incremental improvements and were missing a WOW factor.

A hard truth that I had to face: My goals were not anywhere near big enough to enjoy the life I was capable of enjoying. Up until that point, my goals were all things that I knew I could comfortably attain. In order to put myself in a position to enjoy big experiences, I knew that I had to get comfortable with the idea that it was going to take discomfort to get to where I wanted to go.

My first step was to take up the challenge set by Mr. Leonsis and create my own 101 List. It was hard coming up with 101 things, but it proved to be time well spent.

From writing that list, over time amazing things started happening in my life. I started accomplishing things on my list. Here is a sample of three experiences I’ve enjoyed since I wrote my Top 101 list over 10-years ago:

My list is a checklist of special life moments that I want to experience. According to Runners World magazine, less than 1% of the United States population has completed a marathon. I wanted to know what the 1% experienced and what that felt like and now I know.

The above photo with my family was taken in Sedona, AZ during my family coast-to-coast road trip. We made many memories on that trip with one of them perfectly captured in that photo. Not just one, but many awesome experiences were enjoyed on that two-week trip.

I am a fan of professional golf and the US Open Golf Tournament seemed like something that was only on TV.  It was so big in my mind that it didn’t seem real. Sure I saw the spectators in the stands, but I never really thought I’d ever be one of them. It seemed like it would be a great experience, so I added it to my list without any idea on how I’d ever make it happen. In 2011, the US Open came to the DC Metro area and I volunteered to help work the tournament. This provided me with a grounds pass for the week and a week to figure out how I was going to get myself onto that grandstand by the 18th green for the finish.  When Rory McIlroy putted out for his record setting 16-under par victory, I was sitting there in the greenside stands and cheering his amazing accomplishment.

These three things I likely would have never done had I not made my own 101 List.

Right now, please do me this favor: take a piece of paper and a pen and for the next 15 minutes start your own Top 101 list. Write down as many things as you can that you’d like to accomplish or experience in your life. When you get deep into your list and get beyond the low hanging fruit, continue to push yourself to come-up with all 101.  It might take you more than 15 minutes, or you might have to come back a couple times until you get to 101.  The reason 101 is important is the deeper you get into the creation of your list, the more your brain will be forced to get creative, and that is when some of the best ideas come out.

When writing down your ideas, don’t worry about the ‘how’ of the idea. Leave the execution plan for later. My experiences with some of my list items were that they just somehow materialized. For example: I had no idea how I’d make the US Open happen. Then, a couple of serendipitous moments happened and the next thing I knew I was sitting in the stands. Perhaps by writing the goal down, my brain became tuned to looking out for opportunities that would make that goal happen (and some of the others that happened the same way).

Achieving some of my other goals took a lot of planning and a lot of work.  Since that learning event with Mr. Leonsis, I’ve enjoyed some AWESOME experiences that I would not have had, if I hadn’t written my own 101 List.  For that, I am extremely thankful that I was able to attend Mr. Leonsis talk that day!

Once you’ve completed your list, please pick two items from your list and email them to me so we can add them into your planning folder. Then, please get started on building a plan on how you will use the next 18-months to accomplish both of these list items before December 31, 2017.

I will close with a simple truth one of my mentors shared with me: We only get to go around on this rock one time. Get to work on making the most of it.

Thank you for reading.