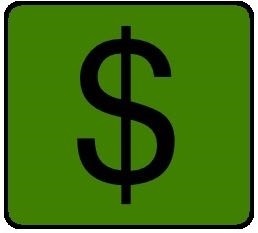 Financial Success. Isn’t There an APP For That?

Whenever I speak at a conference, during Q&A someone will ask me to recommend an app, website or a book that will help them become financially successful. Truthfully, I wish it were that simple, but odds are the website or book won’t get the job done.

There certainly are plenty of good apps, websites and books that can help you track your cash flow and help you manage money. Those are tactics that, if employed consistently and correctly over a long period of time, might lead someone to a path towards prosperity.

The reality is that the tactics of financial success are available FOR FREE pretty much everywhere. The financial success books, magazines, apps and websites are communicating a similar core message: Spend less and save more.

The tactics for success in the Health and Fitness industry are similarly available. There are countless books, magazines, apps and websites that are communicating a similar core message: Eat less and move more.

It’s not that people don’t have access to the information. The problem is that people aren’t doing anything with it.

The solution is to install positive habits around money such that you’re engaged in positive money behavior automatically.

Here are three things that you can do to help develop positive money habits:

Resolve today to take control of your money and commit to positive money behavior. People that engage in sustained money success habits didn’t start out that way. They built those habits into their lives with intention by committing to doing the little things right every day.

You can do it too.

Thank you for reading.